It's no surprise that fishing streamers can routinely produce large fish. Big fish eat little fish, and little fish even eat smaller fish, but some of the most fun can come from the surprise fish. This surprise fish can be a large fish, small fish, an unintended species, or any other unintended result of tossing a streamer into the water.

Looking back, I can picture a few specific moments when I was surprised by a streamer catch. There was the time I caught my biggest largemouth bass on the Wisconsin River while casting huge streamers for musky and pike. Or the time I was dragged around in a float tube for what seemed like an eternity by a massive carp that ate my streamer intended for a largemouth bass. When you toss a streamer into the Tennessee River, you never know what will eat it as I found chasing stripers and caught every species in there - including my largest smallmouth bass. I still hope to tangle with the correct fish there sometime. 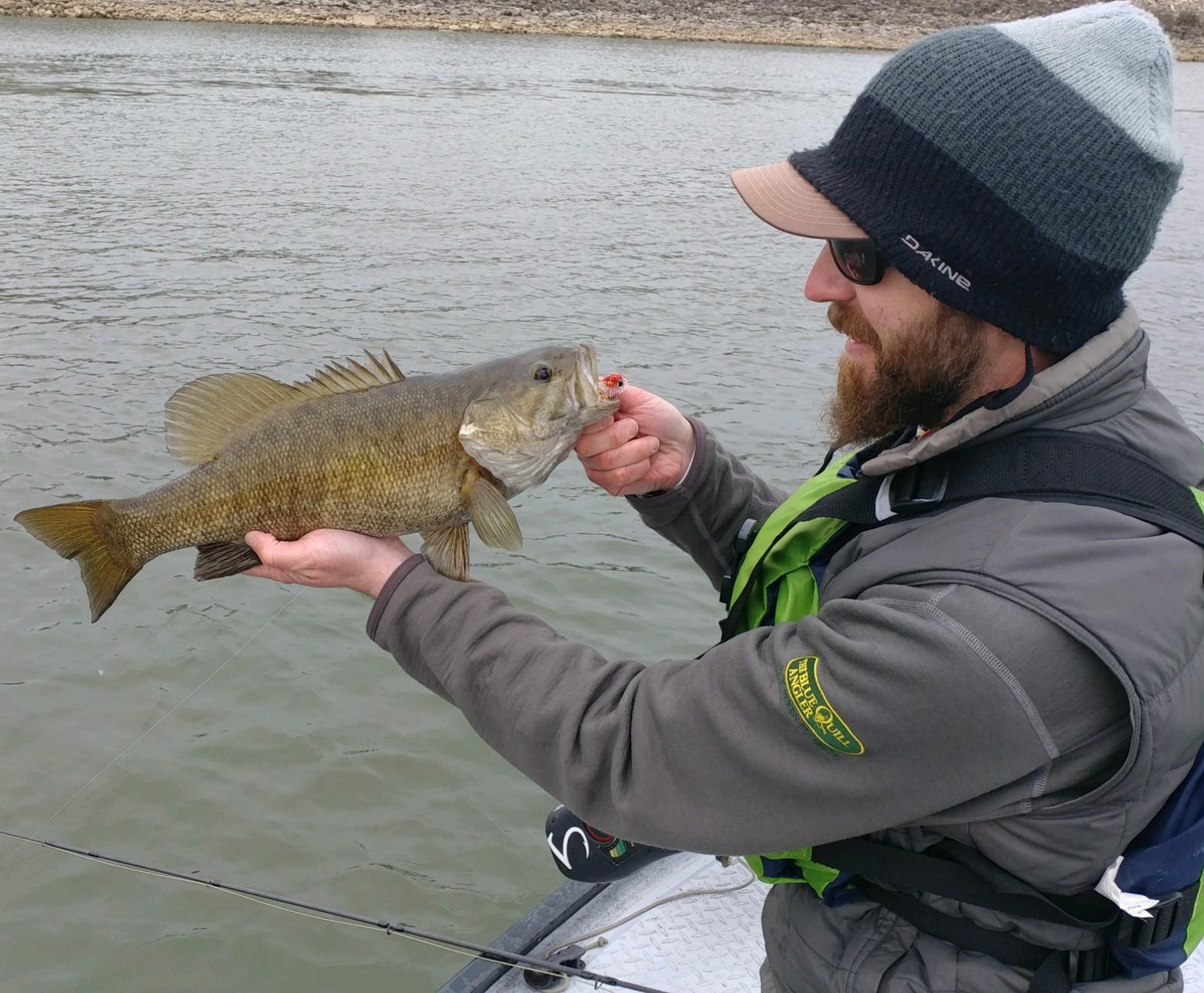 I had a favorite little high mountain lake that was full of brook trout. I fished it regularly and plucked 4-8 inch brook trout all day until one day a hefty lake trout turned up on my wooly bugger.

Anybody who has blind casted into the saltwater knows how that grab bag works. Fly goes in, fish comes out, but nobody really knows what that fish will be. I have personally seen all the top saltwater flats gamefish caught that way, plus so many fish that remain unnamed in my book. Pufferfish, snapper, barracuda, ladyfish, bonefish, you name it. It seems like every fish in the saltwater will eat a baitfish.

One phrase that's been popularized in my mind while streamer fishing is, "don't ever eat anything bigger than your head." This phrase came from trout fishing when that enthusiastic little fish decides it's going to eat a streamer that might be the same size as itself. It will always be a comical surprise to me to see an 8-inch trout attached to a five-inch-long articulated streamer. Better yet, I used to fish a lake close to my hometown, where it seemed common to catch at least one lobster-sized crawdad each day on a streamer. It's not the best place to go skinny dipping, but dinner can be good.

Most recently, I stopped on a river that I knew the name of, but nothing more. It was in an area that I know should have the standard trout species, plus the opportunity of bull trout too. It was spring, and runoff was well underway with tea-colored water high into the bushes. This is big water when the water levels are low, only making things more difficult for the wading angler. I hadn't seen anybody on the water in the miles of river I drove along, except for the hordes of river rats chasing the thrills of white water rafting and kayaking. It was not the opportune time to fish this river, but I was there with no known future date of passing through again, so I searched for a likely stretch with some softer water where fish might seek refuge from the turbulent snowmelt.

Upon finding a spot on the inside of a large bend, I observed clouds of caddis fluttering around the surface. Two sizes of stonefly shucks were clinging to the rocks and foliage, alerting me to the possibility of salmon flies and skwala stones as the right choice of bugs to tie on. After a puzzling session of catching nothing on dries or nymphs, I still hadn't even seen a fish, let alone a rising one. I fished all the way around the large bend and even through the eddy at the top. Nothing.

With a quick leader change, I tied a streamer onto my 6 weight Aquos rod and began to work my way back down around the same bend. It only took about five casts for the first fish to jump on the streamer and head out to the current as a big trout would do. Finally.

After a brief battle, the fish was in the net, and it was not a trout at all. It was a fish I had never seen before in person, a Northern Pikeminnow. A cool surprise fish that turned out to be as good of a surprise as a bull trout would have been. I went on to catch two more as I continued down around the bend and walked away satisfied, with zero trout to speak of. 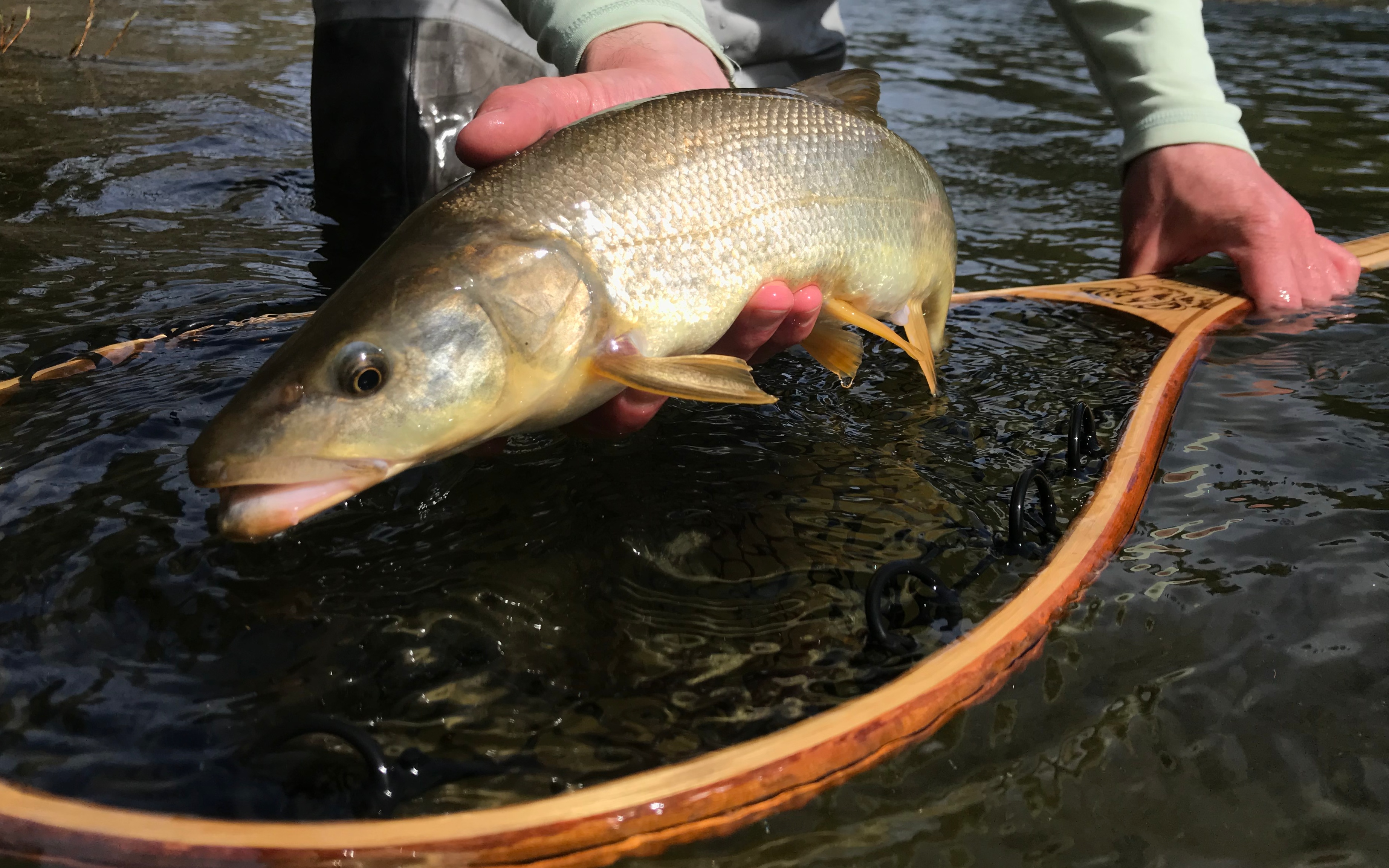 There are many ways of fishing a streamer, and they don't always need to be moving quickly. In fact, many fish are happy to eat the dead or stunned minnow floating along in the current. That is an easy meal. While stripping a streamer quickly and having a fish absolutely slam it mid-strip is exhilarating, I find a lot of fish to eat during a pause in the strip too. Jigging a streamer off the bottom will usually produce eats as the streamer falls back down as the opportunistic fish will grab the easy meal. In heavy current, I like to let the fly swing across as I strip and then release the line repeatedly. Fish will usually eat as I am releasing line, only to come tight as I begin the next strip. Change it up, and don't be afraid to dead drift a streamer as well.

Fishing the biggest streamer with the most articulations seems to be the rage in fly fishing today, but don't pass up that size 8 bead head wooly bugger either. As seen in the picture of the lake trout at the top of this article, big fish will eat small meals too. That is a size 10 wooly bugger, a mere snack to a fish that size, but a snack indeed. Fishing one streamer that is 6 inches long will often produce only the largest fish, but maybe only one or two fish throughout the day, while smaller streamers will produce many fish.

When setting out to fish streamers, pick a rod that will handle the weight of the flies and lines well. My go-to streamer rod is the Aquos 10 foot 6 weight. I found that the slightly softer tip section of that rod is much more forgiving with a heavy streamer on end than the fast action rods I fished before. The strong backbone of the Aquos rod has the power to carry the weight, but the tip section absorbs the weight to limit the clunkiness of a heavy streamer during casting.